Dad’s vest was finished in time for his birthday today, but unfortunately he’s not in possession of it at the moment… 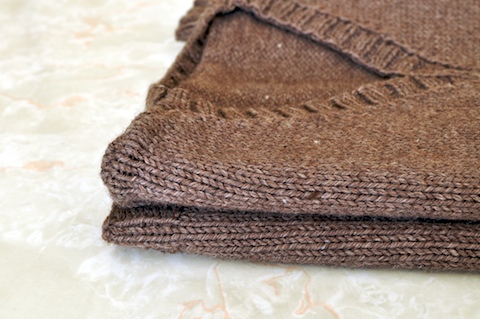 It was a rush at the end, but thought two days was plenty of time for it to dry on the blocking mat, to be sent on Thursday. It was dry on Friday, three days after I put it out to block. True, I could sped up the process, but silly me took for granted that it wouldn’t take that long to dry and only realised it was still wet as I went to fold it up and send it off.

Measuring it against ‘the template’, it looks like a pretty close match. As it’s a firmer fabric, with less give than ‘the template’, I’ll reserve my full judgement on the project until I see Dad in it. If I can nab a photo of him modelling it, I’ll post it here. 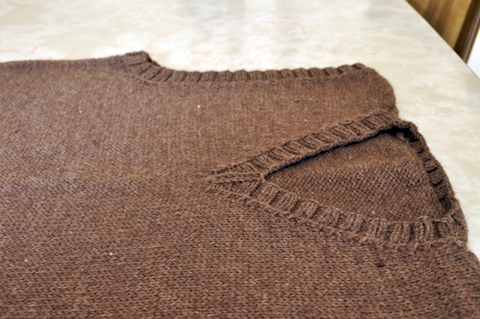 Although the length and width of the vest is heavily based on ‘the template’, the pattern I used in conjunction was very helpful in terms of shaping. I owe the designer, Julia of Mind of Winter, a great deal of gratitude for her help and patience when I got myself completely confused and in a knot about the shoulder decreases. Turns out I had them reversed on the back, creating an overhang at the armhole side. Instead of doing the sensible thing and trying to work it out when I wasn’t so tired, I got in contact with her to see if I had made a silly mistake that everyone bar me could see. Turns out, I had, and she was just lovely when I explained what a fool I had been.

The whole vest took around 450 grams of Lincraft Balmoral Tweed. I must admit to having a bit of a mental block about Lincraft branded yarn, but I found this yarn fine to work with. The occasional slub added to the tweediness and it bloomed beautifully with a wet blocking. It is a discontinued yarn, which is a shame as I have a couple of projects in mind that would have been great in Balmoral Tweed.

Book Review: A Stitch In Time

One of the many wonderful things about Ravelry is that you can see what other people think about patterns in books you’re thinking about buying. Nonetheless, I still think there is a place for knitting book reviews. 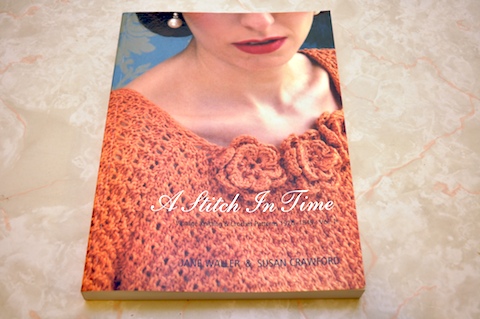 A little while ago I picked up this book: A Stitch In Time – Vintage Knitting and Crochet Patterns 1920-1949: vol.1 by Jane Waller and Susan Crawford. The knitting patterns I like the most are from the 40s to the 70s, but after seeing some of the patterns on Ravelry, I thought it a good idea to obtain a copy, pronto. I wasn’t disappointed.

While the patterns are the major drawcard of this book, the little details are just lovely. The major title, A Stitch In Time, is embossed in gold. A little thank you card was placed inside the front cover, the pattern names are exactly the same as the original pattern, and the original patterns are included alongside its modernised counterpart. One thing I did find surprising was the paper used – it’s quite thin, thinner than other knitting books I own. That’s not necessarily a criticism; given that the book’s over 300 pages long, heavier paper would have made it quite the tome. I will have to be super duper careful to not damage the pages though. 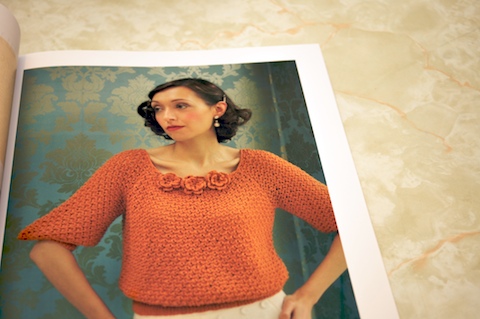 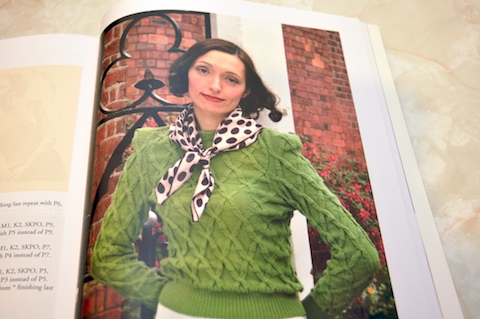 I haven’t tried to knit anything out of this book so I can’t comment on that aspect. I do have yarn stashed away that I think would look lovely as a Bluebird Sweater (pic above). What I like the most is the concept – bridging the gap between vintage and modern yarns and patterns. I think working with vintage patterns, while lovely garments, is more of a hassle than modern patterns. With the exception of mainstays like Patons Bluebell, you have to find a suitable substitute yarn, sizing is generally limited, and vintage patterns seem to assume a lot more knowledge than most modern patterns.

Why yes, I do knit

Based on recent posts, it might seem that knitting has become a long forgotten pastime of mine. Rest assured that I have been knitting, every day in fact, but a strange aversion to taking photos of works in progress prevented any of that knitting seeing the light of day. High time I got over that, I think. 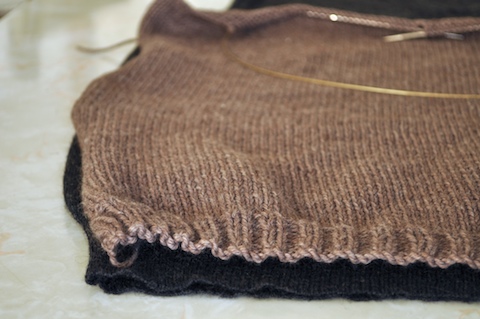 Dad’s vest seems to be well on track to be finished by the end of the month. The back is finished and I’m just about to split for the v neck, so I regard that as being well on the downhill run. The front’s pictured on top of one of his vests, which I’m using as a template along with a pattern. It seems to be a pretty close match to the template vest at this stage, which is quite a relief.

While mindlessly knitting stockinette day in day out, I’ve been thinking about the next project. My cardigan still needs to be seamed up, so that’ll be done first, but I’m really itching to do something else. That’s a post in itself though.

(Part of the) Mystery Solved!

A little while ago, I posted about a book with some missing pages. A lovely offer came my way as a result of that post, and now I know what those missing pages contained. 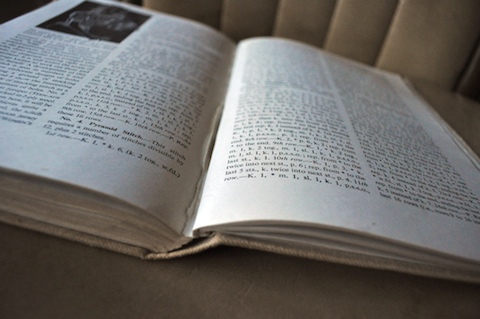 I had an inkling that it was the instructions for feather stitch lace rib, shower stitch, leaf stitch and pyramid stitch, and I was right. It’s always nice to have a collection of different stitches up your sleeve, you never know when they might come in handy.

Thank you so much Susan for solving that mystery for me!

Posted in Books, Knitting | No Comments »

The road to non-blogging is paved with good intentions

The photos for this post were taken, what feels like, ages ago, and the brooch finished even longer ago than that. It feels like I haven’t been able to take a breath all week, but now I have a smidgen of time to post before I get back to the madness. 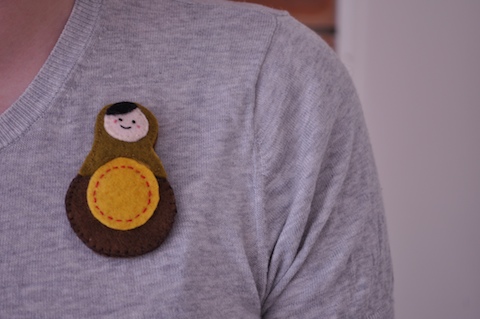 This is another Brown Owls project, designed by George. Mad props to George — I do think it turned out nicely. Her instructions were clear and the template worked well. She (the brooch that is) is yet to have its public debut, but I think today will be the day. Once I stop lazing about, that is.

While pondering this post, I decided that Brown Owls has been very positive for me. Knitting is the craft that I gravitate towards, but there are other crafts I’m keen to try but never seem to get round to it on my own. So far I’ve tried embroidery and making felt brooches, and not only am I pretty happy with how both of them turned out, I want to embroider more and make more felt brooches. Maybe once the craziness dies down.