I really don’t have much to say about Liesl, except that I’m delighted with her, and a little disappointed it’s too cold to wear her out at the moment. 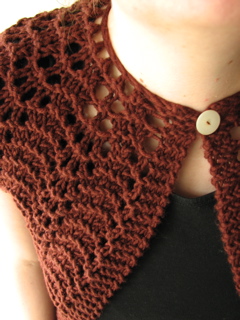 I liked that the pattern has scope for modifications based on how long you wanted the sleeves and body, and how high you wanted the neck. I really enjoyed being able to choose my own adventure.

An added bonus was the fact that I only had to buy the pattern, and the thread to sew the button on. Not exactly sure why I bought this yarn originally, I suspect it was an episode of dilated pupil ‘I must have this yarn because it’s so cheap’ that I seem to suffer from every now and again. It had been marinating in my stash for around 2 years, I had no idea what I was going to use it for. 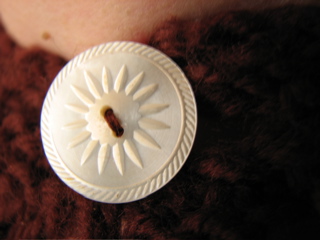 The button was from a jar of buttons I bought at a garage sale ages ago. I never noticed it before, it was only when I was going through my button collection to see it anything suited that it leapt out at me.

Liesl was my first experience with a top down jumper, and I think I’m hooked. Being able to try it on while you’re knitting is possibly the best thing ever.

I came across a box of Woman’s Weekly recipe cards while op shopping a couple of weeks ago. I bought it not so much for the savoury recipes – chicken in beer really isn’t my thing – but for the sweets. After going through the cards, and sorting them into recipes to try and recipes to leave be, I decided that I should attempt to try one recipe each weekend. First cab off the rank was peanut and ginger toffee. 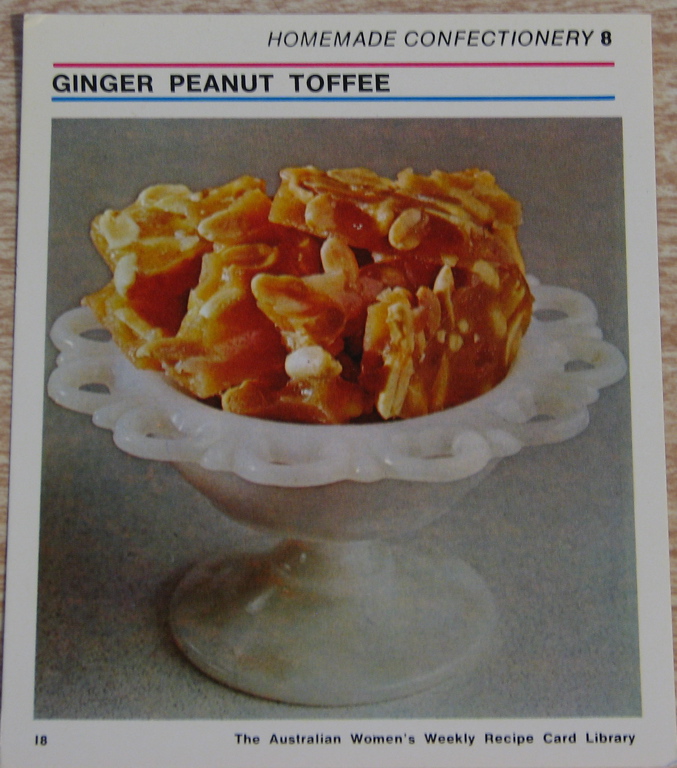 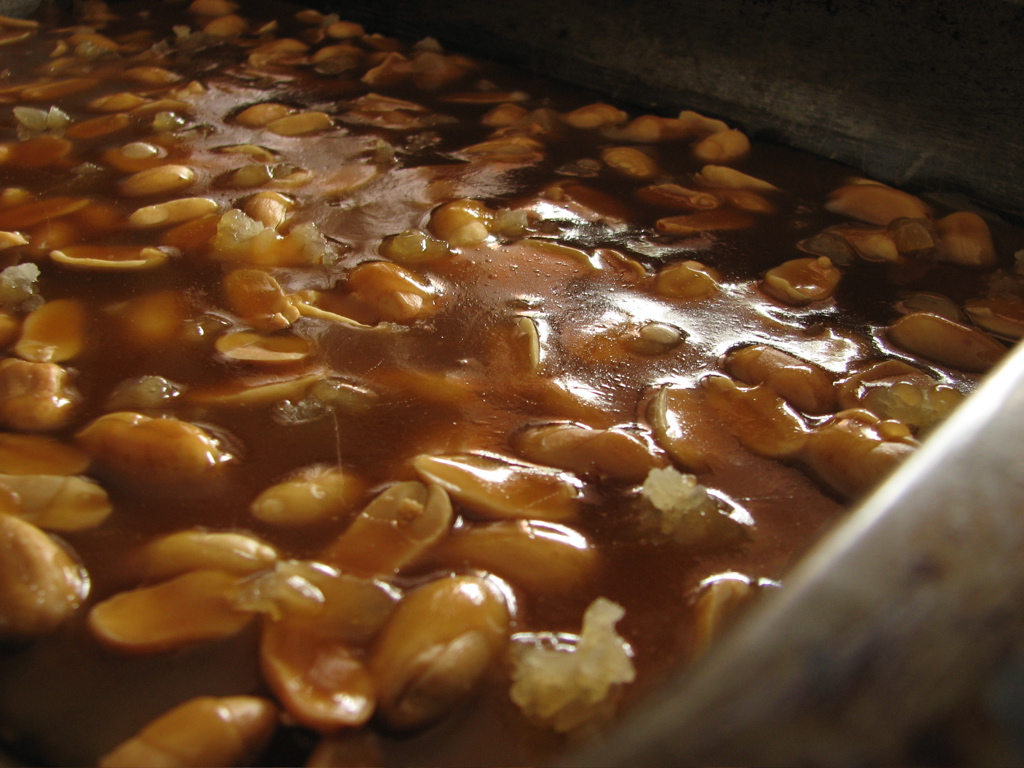 Donna Hay food styling it ain’t, but I don’t mind a bit. It’s delicious. The most difficult parts were chopping up the crystallised ginger, as it kept sticking to the knife and being a general nuisance, and getting the temperature right when making the toffee. Once those two things were sorted out, it was very easy.

Even though the crystallised ginger was the only source of ginger in the brittle, and was in little clumps everywhere, the flavour spread through the toffee very nicely. It was most definitely the highlight in a very very dark, dreary day.

I’m trying very hard to ration it out, as even though it’s so easy to make, I really have to push on and make something different this coming weekend. At least I know what I will be up to every weekend til 2012! 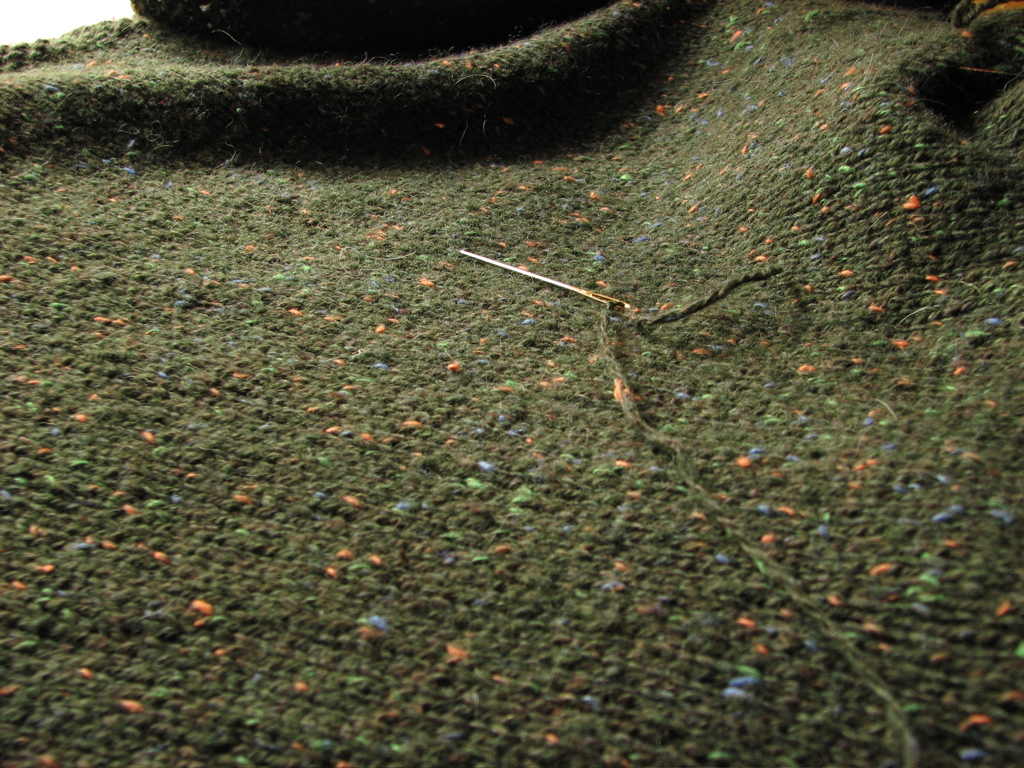 WIPs aren’t nearly as fun to photograph as FOs, but I’m finally starting to enjoy the process of finishing up this one.

I started Salina from Vintage Style about a year ago, and although I had finished knitting it ages ago, the seaming really tripped me up. The first time I set the sleeves in, it was in a haphazard ‘she’ll be right’ manner. She really wasn’t right, so the second time I was a lot more careful, pinning and basting the sleeves in before seaming. The results are a lot better using the latter method, I think.

The sides are now being seamed up, and although it seems to be taking forever (seaming in front of the computer probably isn’t really helping its progress), I am enjoying watching it finally come together.

Now as it’s nearly finished, my mind’s been turning to the next project that I’ll finish up. Although it makes progress seem really slow, I am determined to finish most, if not all, of my half finished projects this year. It does mean that I pretty much only knit on the bus to and from work, while finishing work happens at home, but it’s a nice to feel that projects are being seen through to completion, no matter how long it takes.

Even though minute by minute the days are getting longer, the winter doldrums have finally hit. It’s started to get properly cold now, the type of cold that gets into your bones.

It’s also the kind of weather that makes it hard to take photos outside. The sun is weak, and in the blink of an eye, it goes from decent light to pitch black.

I have been fairly productive on the knitting front though. The diagonal lace scarf is all finished up. 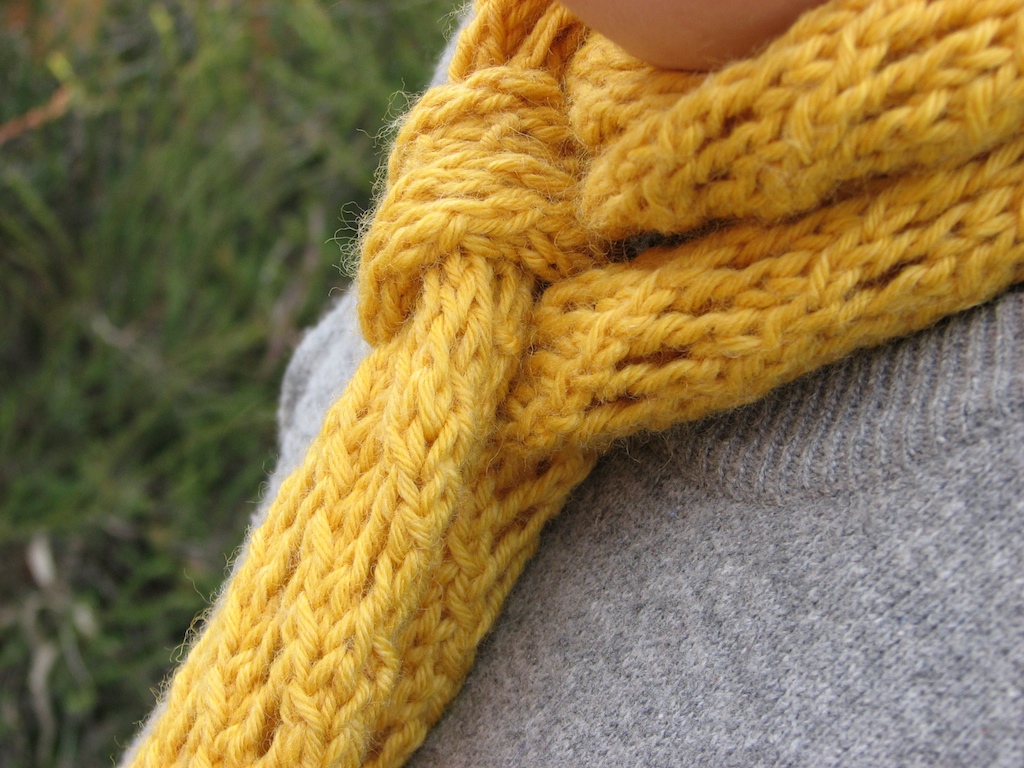 This was a very very quick knit for my standards, pretty much all done on the bus. the pattern was modified slightly by casting on 19 instead of 24 stitches, for a slightly narrower scarf.

As soon as the scarf was pinned out blocking, I cast on another bus knit – Liesl by Ysolda. 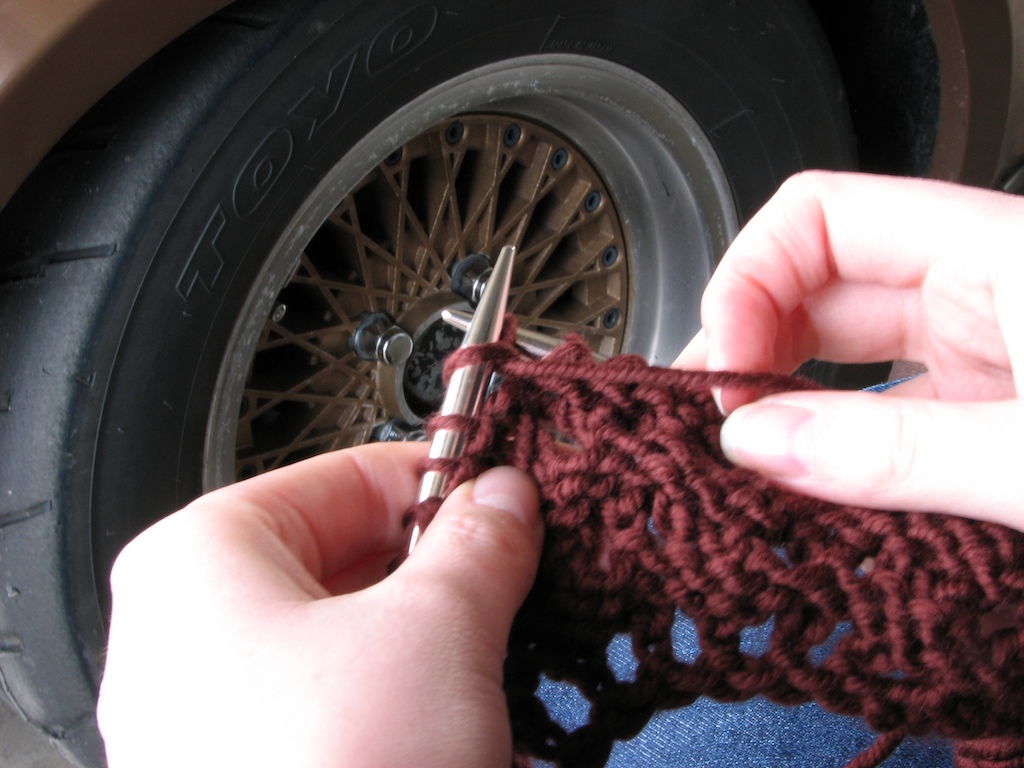 I got a good start on it last weekend, while watching my dad race his car at a track not far from me, and am now past the armholes (despite what the photo indicates). I really can’t wait to finish this project – just so I can wear it!