The quest for a silver lining

It’s been very humid here over the past week. Miserable weather is generally associated with the cold, but for me, this is properly miserable. Sticky, energy-sapping and generally uncomfortable.

Because the weather is so, I haven’t been knitting very much. However, I did decide that it was far too hot to be working on my two wool projects, so I cast on Lyttelton in grey (did you expect anything else?) Rowan Cotton Glace. 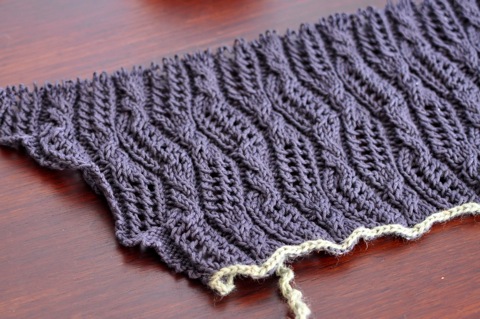 The rows are a lot more time consuming than my usual stocking stitch, but the lovely trellis stitch makes it all worth it. Having said all that, I’m just about the rip out the whole lot as I don’t like how I’ve incorporated the pattern into the increases. It seems a shame to rip out all that work but it’s much better to start again than persist with something you’re unhappy with. 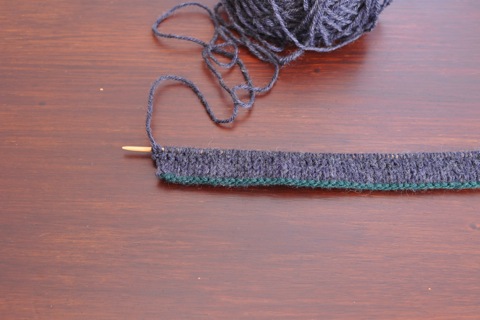 While contemplating ripping out Lyttelton I reverted back to knitting with wool and started on the armbands for my stripy vest. All was going well there until discovering that I’d lost one of my knitting needles between the house and the train station yesterday morning. Chalk that up as one more reason to buy circular needles, something that I will do after writing this post. I’m also a bit concerned that there might not be enough yarn for the bands at the front, so I’ll think happy thoughts again, given how effective it was for Matt’s Dashing Jumper.

The mildly grumbly tone of this post is completely unwarranted given the terrible flooding in Queensland (and since I originally wrote this, New South Wales, Victoria and Tasmania on a smaller scale, and also Brazil and Sri Lanka). It’s terribly disarming watching the news and reading the paper, knowing I cannot help with sandbagging or cleaning or fostering animals… or just not be completely useless besides donating money. Having a few problems with my knitting projects pales in comparison.

4 Responses to “The quest for a silver lining”