After many years, many mistakes, many stints in the naughty corner and much procrastination, Matt’s Suave Sweater is done. It’s a big mixture of relief that it’s done and that it fits well, and sadness. 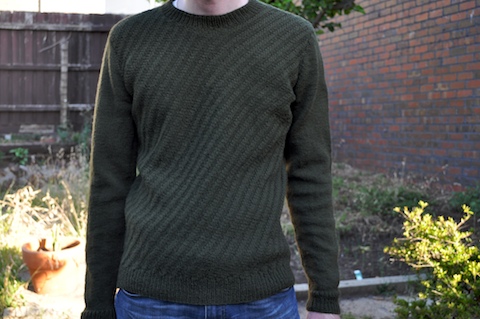 If only I used Bluebell, this project could have been completed a lot quicker and with a lot less tears. However, I thought it would be a good substitute and was determined to make it work.

As I was finishing it off, I thought about all the things that have happened while it’s been in my knitting basket. I remember working on it while on the tram coming home from the last time I saw Matt’s dad before he died. I remember it being one of the ‘special’ projects that came with us when we overloaded my little car and made our way up the Hume nearly three years ago (but strangely, it was trusted with the removalists on our return. It must have been in the naughty corner at the time). I don’t think there’s been a project that has carried so many memories, but this may be purely because of the length of time it took to finish it.

Being a pretty plain diagonal rib jumper, it’s probably an unremarkable project to everyone but me, but I’m really proud of it. I worked through the gauge issues, the sleeve cap issues and the ‘losing the pattern’ issues (thank you to Australian Country Spinners for helping me out there) without ever thinking about giving up. Best of all, it fits and he likes it a lot. 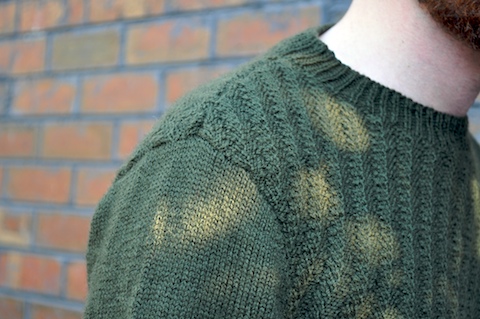 The only concern I have is the sleeves. Does anyone else think it looks a bit strange at the shoulder? The amount of staring at the sleeve cap may have warped my perception but it doesn’t look quite right, a bit lumpy and baggy. Having said all that it’s unlikely that I’ll unpick it, it can just be a charming character flaw.

Now that it’s done, there’s one small diversion to deal with and then a new project can be started. I’ve been fawning over the yarn and pattern for the last couple of weeks when the end was in sight, so it will be most pleasing to get a start on it.

The book’s byline is “A collection of splendid old-fashioned confectionary”. Having quite a sweet tooth, I was already sold, but beyond that, I like being able to make/cook/bake things that people take for granted. It’s too easy to go to the supermarket and buy a loaf of bread, lollies, jam or even beer without thinking if or how it can be made at home. I also find it a little frightening how many ingredients are listed in things such as simple butter biscuits bought from the supermarket. Having said that, I understand that people have time and space constraints and some people just aren’t interested in baking/cooking/brewing/making in general.

Anyway, enough ranting. There are a heap of fantastic fudge, marshmallow, toffee and chocolate recipes in this book. A sample of them can be found here. I knew this book was going to be useful as soon as I saw their coconut ice recipe; coconut, condensed milk, icing sugar and food colouring. That’s how I remember making coconut ice as a kid, and seeing more complicated recipes always leaves me bemused. 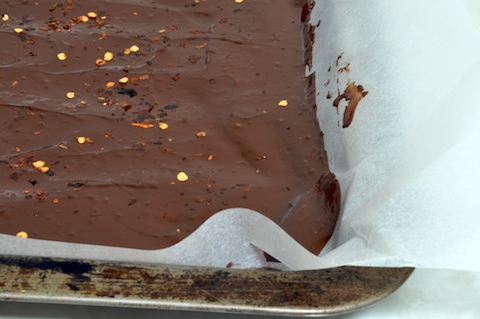 Today I tried chilli and lime chocolate shards. It’s now setting in the fridge, but small (ok slightly larger than small) samples of the melted chocolate mixture bodes well for the finished product.

I hope to use a few more of the recipes for Christmas gifts. Although Christmas is stereotypically a time of food overindulgence, I like giving home made food as gifts. As long as you know the recipient’s tastes and allergies, it’s hard to go wrong with food.

As a postscript to the last post, it seems I forgot a few pertinent details in my rush to post. The yarn I used is different to Cleckheaton Countrywide. It’s a yarn from New Zealand I picked up from an op shop a few years ago and is obscure enough to not have a listing on Ravelry (I figure if it’s not in Ravelry’s yarn database, it’s obscure). The blanket measures 115cm square, so not huge, but big enough to touch the floor when used as a lap blanket while sitting in my favourite chair.

Overzealous yarn overs have been conquered, Hap is now finished! 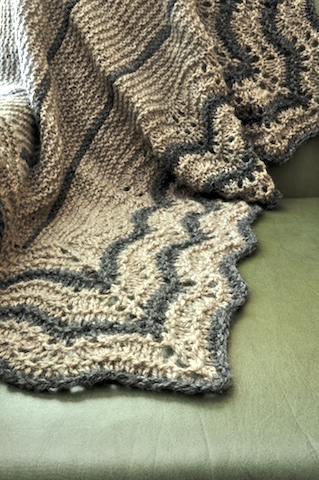 As predicted, the hot days have started so it’s unlikely Hap will be used for quite some time. Having said that, I do live in a city where I once got sunburnt and hailed on in the same day in December some years ago. The blanket did get a quick test run, and it’s very warm and surprisingly large.

I was hopeful that this would be one of two Haps with this yarn; this one, and another with the colours reversed. Unfortunately I underestimated the amount of yarn required for the border. As I haven’t seen this yarn elsewhere (one of the few drawbacks of picking up yarn at op shops), only one Hap will be made with this yarn. 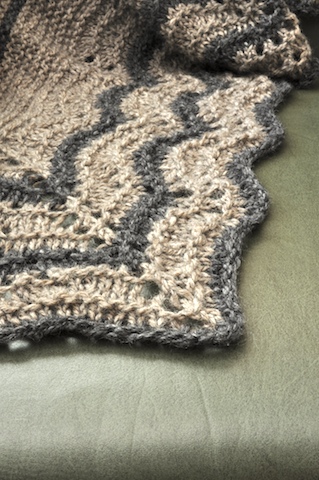 The border was pretty arduous, even with 9mm needles. The rows are long, and one small mistake can take a long time to frog and fix. There’s no denying though that the border makes the blanket, so the slight tedium is worth it.

Still no non ‘Hot + Not’ blog content, but there is some on the way. 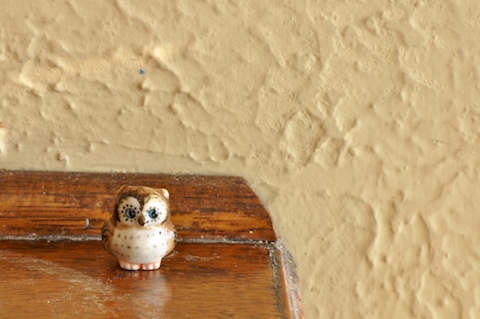 Hot + Not, brought to you by Loobylu!

Knitting. Despite (or perhaps because of) the lack of blog posts, it’s been a pretty productive knitting week. Hap is done, Matt’s jumper is being seamed and Victory is over half finished. My mind is wandering to potential next projects, but I will resist until Matt’s jumper is done.

Today’s Google logo. Even thinking about it makes me smile. Is it because the ‘oo’ is his eyes? That the other letters are choc chip cookies? That parts of those choc chip letters are missing? I think it’s all of those reasons.

The realisation that in just over 3 months, we’re going to Japan! Japan!!

Possibly one of the most insane ‘nots’ that will ever be uttered – the public holiday on Tuesday. My body clock appears to be completely mucked up on account of the mid-week holiday. It’s all a bit bizarre.