Thank you everyone for your thoughts on how to deal with The Pickadilly Situation. You (and Matt) were all right of course. It would be kind of silly to abandon a project when it’s pretty much done. So while I will sew on some buttons and call it done, I probably won’t do that for a little while. I just need to not think about Pickadilly for a bit, and putting it aside is the easiest way for me to do that.

While contemplating Pickadilly’s future, I started and finished a project to wear to the Bendigo Sheep and Wool Show last weekend. 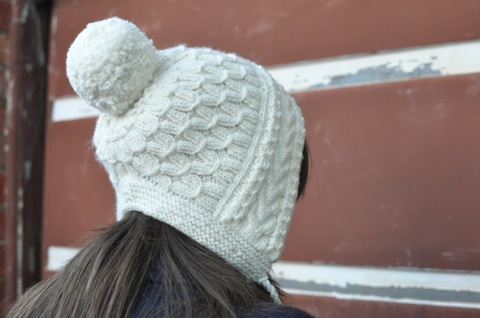 Since it first popped up in my friend activity on Ravelry, I’ve not been able to stop thinking about it. The cables! The twisted ties! The pompom! It didn’t take long to knit, but it would have been quicker had I not embarked on a trial-and-error odyssey. If you wish to make this bonnet without the odyssey, these are the things I found out that might be helpful to others:

Ignoring most of those dot points, it was quite a fun knit, and just the antidote I needed for the frustration felt towards Pickadilly. 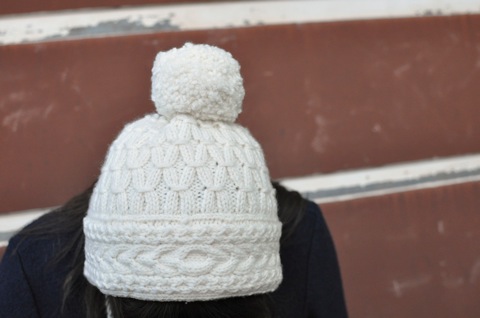 This was my first experience working with Cormo, and I have mixed feelings about it. It stood up well to being frogged multiple times, and the stitch definition was very good for the most part. Stockinette and cables look really good in it, but I wasn’t impressed with how the twisted stitches came out. That said, there may be some issues with my technique which contributed to their lack of definition.

The biggest concern I have about Cormo is its durability. Before using it, I was aware that it had a tendency to felt and had been treating it with more care than normal. However, after the cabled band was wet blocked, it tried its very hardest to pill, making it look untidy before I wore it once. This is it before depilling: 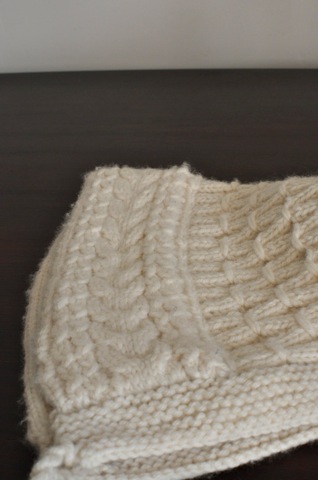 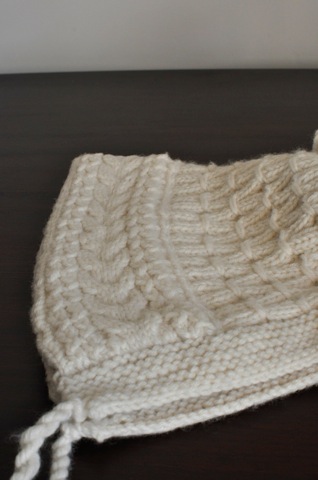 The depiller cleaned it up pretty well, but I can’t help but feel that it’s going to be an ongoing battle. I will see how the fabric goes after I start wearing it a bit more regularly. It does make me wonder what I should do with my remaining Cormo.

As for the show itself, it was a glorious winter morning and a bit too warm for a thick cabled bonnet with a preposterously large pompom. The show seemed quieter this year, with more ‘as seen on TV’-style products. My purchases, as always, were fairly modest. There’s only one purchase I can mention at the moment, and that’s the darning mushroom I forgot to buy last year. 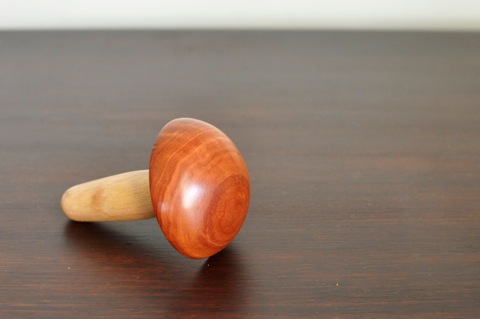 It’s a simple thing, but I can’t stop marvelling at it. It sits just nicely in my hand, and I really like the colour of the wood used for ‘cap’ of the mushroom. Luckily I’ve not got a use for it yet, but I’m sure that time will come sooner rather than later.